As a former student of an American school in Shanghai, China, I am somewhat unfamiliar with the experience of being at a traditional US high school. The student body of the school I previously attended was largely composed of kids like myself – Chinese kids strongly influenced by American culture. In other words, I did not know what a diverse, international community really looked like.

During the application process to Lawrenceville in the eighth grade, I happened upon this novel concept of a racially and culturally diverse school community. This was one of the things about Lawrenceville that appealed to me the most – the idea of being able to live with and bond with kids who have had vastly different experiences from my own. The school’s Admissions Philosophy states that “Lawrenceville actively seeks a student body that is racially, geographically, and socioeconomically diverse and welcomes applicants from all backgrounds.” Additionally, Lawrenceville strives to “provide a multicultural environment where students from diverse backgrounds are encouraged to learn from, with, and about one another.” Up until that point, my friends and I, for the most part, had experiences similar to mine. I was curious about the idea of living in an environment where backgrounds differed from dorm room to dorm room.

In fact, Lawrenceville’s diversity was the selling point for me. I decided to jump into a completely new environment full of completely new people from all around the world – thousands of miles away from home. I was excited to make friends with people who were racially or culturally diverse. In the fall of 2013, I came to Lawrenceville with an open mind, expecting to find a diverse community of individuals representing a wide spectrum of backgrounds, all brought together by the school. And I found it. I met kids from the Dominican Republic to all the way on the other side of the world in Korea. There were kids from Virginia, Arizona, Massachusetts, and so many other American states.

However, as I entered Lawrenceville, there were also many things I did not expect. There was a culture in the school that was completely new to me, summarized aptly with the term “preppy.”Of course, I understood that the school I was going to was a preparatory school. However, I wasn’t exactly aware of what all that truly meant.

At first, I felt out of place and simply did not feel like I belonged in a “prep” school. I immediately began noticing the conspicuous formation of cliques by people with similar interests and backgrounds. This was another relatively new concept – in my old school, cliques were not so glaringly transparent. At Lawrenceville, cliques were so much more defined. These cliques created clear divisions between people who were from different backgrounds. And, in terms of diversity, the demographics at Lawrenceville are not as cosmopolitan as I’d thought they would be. Years ago, the average Lawrentian was privileged, Protestant, and deeply involved in athletics; that conception still holds today. Lawrenceville, in many ways, hasn’t changed much since the twentieth century – it really is a seemingly homogenous, fancy American prep school after all.

Moreover, Lawrenceville touts this faux “diversity” incessantly. But when I look around, I don’t see much of it. Music performances and dances involving foreign culture are rarely held on campus. Students moan and groan about having to go to chapel-related functions and learn about world religions. Gender-neutral bathrooms, seemingly innocuous facilities designed to accomodate a diverse range of gender identities, have been lampooned and ridiculed.

I am still a freshman and have three more years left with this school; with the experiences still left ahead, I may begin to perceive the diversity at Lawrenceville differently. But at this point, it seems, Lawrenceville has yet to discover what it means to be a truly diverse community.

Also of special note is that of ‘legacy’ applicants and the special attention that may or may not be given currently to such applicants and their respective families by Admissions. The history and the importance of legacy to Lawrenceville is so well documented – – – through generations the legacy factor no doubt has provided a stable and positive influence.

The treatment of Sudanese immigrants in Maine really plays a critical role in the story. How did you decide to give this immigrant group such prominence? Have you seen things change for the Sudanese?

I teach a unit in one of my English classes that takes a look at the Somali presence in Lewiston. I found it fantastic and fascinating that so many Somalis would choose Lewiston, Maine as a place to settle in the USA. As you may know, there was (and still is) a great deal of tension in Lewiston after so many Somalis settled down there. I just took that tension, put the fictitious school near the town, and rode it out. Also, admittedly, when I was a prep school student a bunch of townies really did march through our campus, dressed like the Klan and shouting racial slurs, before they planted a burning cross on one of our soccer fields. I have heard that over the last couple of years things have gotten better for the Somali and Sudanese folks in Lewiston, which is great. There are still, however, some things that can be improved.

I don’t trust white people, myself included, to make sensitive judgments about the consciousness of being black. Nor do I trust myself to judge books by people I’ve known and been fond of – or, at least, I don’t expect others to trust my judgment in such cases. Thus, there are two reasons I should not write here about The Fall of Rome, a novel by Martha Southgate (Scribner, 223 pages, $23). But having read Southgate’s book, I am so impressed that I shall fly in the face of those cautions. 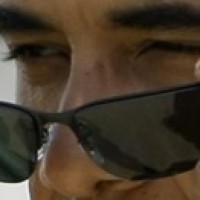 Recipes and So Much More

THE FUNAMBULIST MAGAZINE
Outside in

because anything is possible with Charisma

Notes, Interviews, and Commentary on Art, Education, Poetics, and Culture

Smile! You’re at the best WordPress.com site ever

"he had discovered that paradise of exhaustion where reality ends and where one may dwell among its ruins." —Thomas Ligotti

views from the decopunk delta

Neolemurian Calculations for the End Times

The only adult in the room